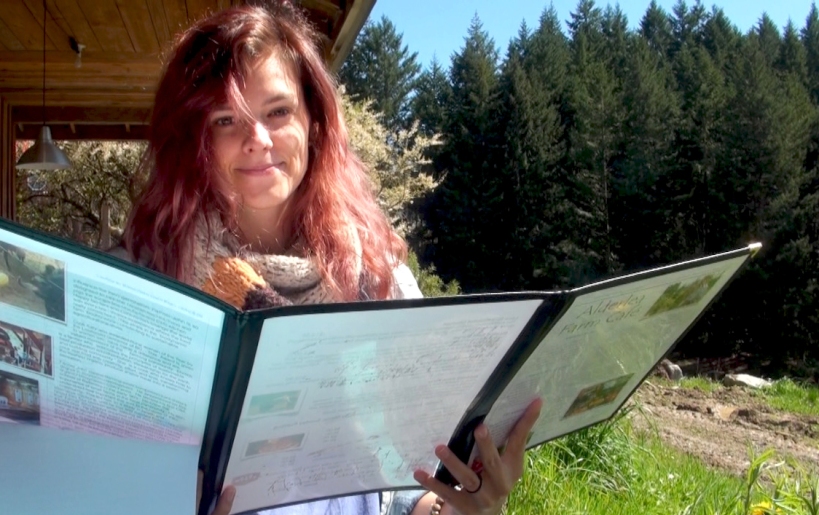 We finally broke through the persistent clouds and rain and had a bright sunny day on our Vancouver Island adventure. It was a transition day, which seems appropriate, but we weren’t moving far, so we slowly packed up in the morning and said goodbye to family who had joined us for the week. Then we had lunch at a farm-to-table restaurant (or table-on-farm because it was all right there) and hung out on their property for a little while, chatting with the farmers and locals and playing with Cam. The food was amazing and so fresh and the people were so passionate and friendly. I highly recommend a visit to Alderlea farm cafe if you get the chance to be in the area. This was the cap to a great few days in Duncan, BC. Despite it still being a very wet week, we were charmed by the whole feel of the city. It’s a small town and people seem to really care about it. Downtown Duncan is busy and sweet and the farmers market was already thriving in early April (we passed through Duncan just for a pit stop once already). 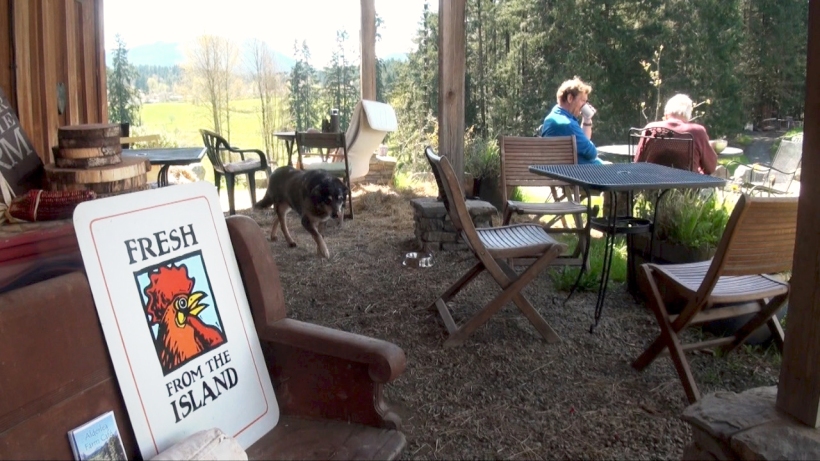 This was one of those random towns in the middle of the island that wasn’t even on the map for us until we started meeting people in Victoria and describing the kind of place we’re looking for. We got enough people saying, “oh you should check out Duncan!” that we made sure to book some time there. I’m so glad we did. Here were a few serendipitous nudges that keep making Duncan a stand out place in my mind. 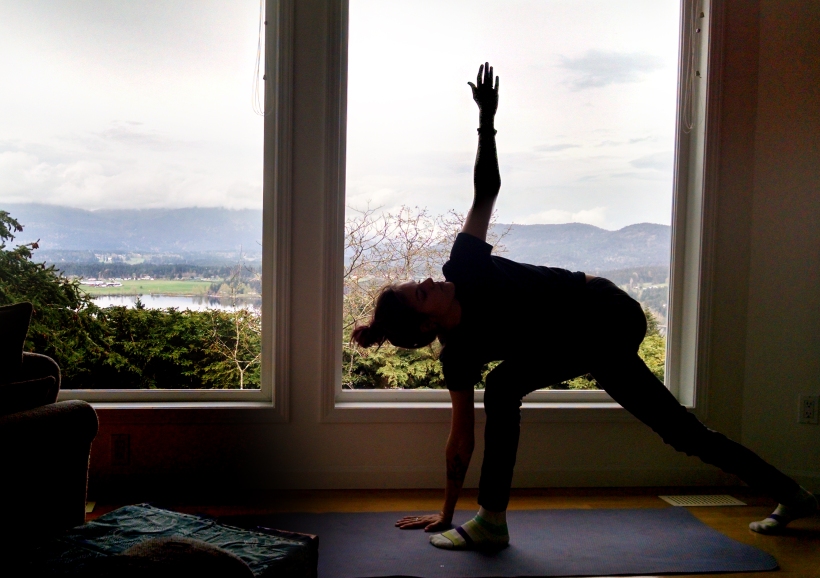 – The views from all the windows of our Airbnb were incredible. We woke up to mountain and lake views. I did yoga in the open living room one morning while listening to the Kindness Diaries on Netflix and it just felt really good.
– Collectively, we saw three deer, a bald eagle and a racoon within a few yards of our door. Wildlife abounds, even in residential areas.
– A mom and young daughter at the farm cafe sat with us after we said hello and we came to find that they basically did the same search we’re doing now, but three years ago and ended up buying 5 acres in Duncan.
– The owners of Alderlea Farm Cafe were so friendly and passionate. They definitely made you want to join in on what they were doing and be part of a collective effort towards creating a more sustainable and connected world.
– A trio of kind elderly Dutch people at a restaurant one night serenaded our baby and were just so joyful and open. We had a great time impressing them with the only Dutch song we know and making connections.
– When we drove out of downtown, we crossed a bridge and were in lush forest within minutes. The temperature dropped slightly, the air was fresh and everything was so green but still so close to the bustle of the town.
– It just felt like a fit. This was the first time that we felt like it would be easy to make friends in the area, we might be able to afford land in the region, and possibly find that magical mix of rural serenity and urban access. We always planned to let our emotions lead the search and it finally felt good. It’s nice to finally feel like we have a contender and that we weren’t totally off-base thinking the island might be a good fit for us. 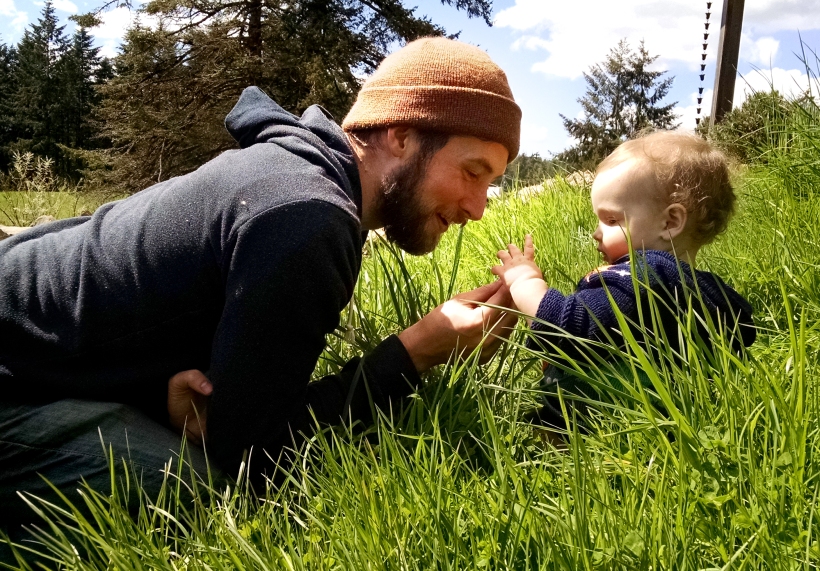 After lunch we drove through a few other small towns in the central island area just to get a sense for them and then headed to the ferry to catch a boat to our next week-long adventure. The sun was still shining and we left our car and walked out to the front of the boat and watched the coast creeping closer as we talked with an artist from Colorado who was headed to a painting and yoga retreat and met a modern ascetic monk who lives most of the time in solitude. As a friend of mine recently said, “The incidence rate of interesting people in public is super high.” He was talking about LA! But there are already so many reasons people are headed to the smaller islands surrounding Vancouver island and we’re curious if we’ll find reasons ourselves.

One thought on “A Little Sunshine Goes a Long Way”