If I were to ask my family, peers, and colleagues about their version of the ideal life. I think many answers would sound something like this:

“I want to get to a place where I do not have to worry about money.”

I am pretty confident this is a common sentiment because this is has been my relationship to money for most of my life. I don’t think that I can say that anymore. Here is why:

We have now spent the better part of two years living in Thailand. One of the reasons we were excited about Thailand is that the US dollar can be stretched a long way. How far? $0.95 will buy a lunch that leaves my old Minnesota staple $5.00 Veggie Sub feeling as appealing as the commercials used to push the ubiquitous lunch loaf. Our rent for a centrally located four story town home with a balcony view of the sun setting over mountains was $370. Not everything is such a good deal and there are obvious trade-offs that are harder to quantify like being far from family and our frequent Sisyphean immigration visa visits, but overall, the demands of life put a pretty insignificant dent in our bank account. I thought that when we moved abroad and started living the dream of not worrying about money, happiness would sort of just set in. Ha! Happiness is not so simple it seems. 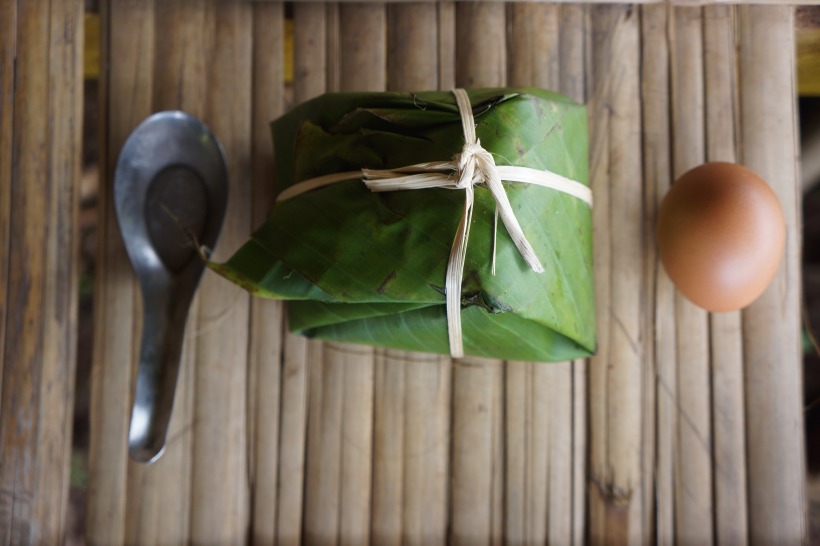 Aside from the fact that happiness is mostly an internal process, we found ourselves feeling uncomfortable with all of the excess that we processed relative to our neighbors. While serving me a $0.95 plate of veggies and rice, the lovely “Pi Pawn” asked me a very typically Thai question: “how much?” while pointing back at our unmistakably green town home. I replied with the Baht equivalent of $370 per month. “Pang Mach!!!” She explained. Too much!!! It suddenly set in that I was the foreign money that is driving rent prices up in her neighborhood. Exchanges like this happen almost daily from how much we pay for organic vegetables to imported beer or camera gear. After two years of this kind of exchange I am starting to have a fairly precise sense of what social strata we exist in: Unobtainably wealthy.

This newfound wealth is completely relative to the place we have chosen to reside. When we left Minnesota, we were firmly rooted in the middle class with that sense that just a little more would be enough. Enough is usually difficult to determine because it tends to define itself based on a negative definition of what it lacks. So every time we get a raise or a tax return we re-adjust to a new norm. However, suddenly relocating to Thailand made that elusive “enough” disturbingly obvious. During the last two years, it has been apparent that we are living with more than enough relative to our Thai neighbors.

All of this excess wealth affords us and most of the other expats we know the ability to vacate our Thai homes for two months while the locals invent ways to stay cool during the hottest part of the year. Not only are the rich of the city vacating the city in search of cooler climates, we are also escaping dangerously high levels of pollution as many opt to burn their fields in preparation for rainy season planting. In June the rains will come and germinate farmer’s seeds, scrub Chiang Mai’s skies of the lingering smog, and cool the climate. We will return along with the rest of Chiang Mai’s upper class to a tropical paradise. Meanwhile, most locals will have sustained two months of exposure to air pollution levels four times higher than the upper threshold recommended by the World Health Organization. No wonder lung cancer rates in the Chiang Mai valley are the highest in the nation.

With two months of blank space in our calendar set aside for pollution and heat evasion, we explored a number of possibilities, all related to ideas about where we might put down roots and live out our ideals. Vancouver Island eventually won out over places like New Zealand and Bali.

24 hours of international transit later we landed in a rainy, but fresh Vancouver climate where air quality test results are currently 13 (pm2.5) against Chiang Mai’s 179 (pm2.5). We had a few days to tour around the mainland’s agricultural countryside with Rachel’s very welcoming family and then sped off to the island in a borrowed car. The ferry is a thing to experience. $88 CAD will get your car and family to the island. This is like asking many Thai families for a week’s wages just to get to the island.

Arriving on the island did not present us with much more savings compared to the boat ride over. Rather than our $0.95 lunch in Chiang Mai, I have spent between $8 and $13 USD in Victoria. We have already adjusted many of our habits around eating out, but if not worrying about money is a litmus test for the ideal life, then we are not there. Even the grocery store made me wince at the checkout aisle. I am not complaining as much as observing the 1000% increase in food costs. I am sure a lot of my sensitivity to pricing comes in contrast to our previously low Thailand expenses, but it does not end with food.

Real estate in Victoria has gone mad. Not Vancouver mad, but close. I have been browsing for modest homes in the area and have yet to find anything other than a trailer or double wide for under $200,000 CAD. The average Single Family home in Victoria is projected at $761,517 CAD and rising. A quick browsing of the Canadian MLS will show many modest homes selling for over one million Canadian dollars. I was talking to one barista today who explained that the total value of our home in Minnesota (around $120k USD) will not likely be accepted even as a down payment for a home here. The mean household income for Victoria 3 years ago was $86,430 CAD. To some, this may not be much, but that ends up being 60% of the average income going to a mortgage payment each month. These inflated housing costs would push our cost of living way beyond the limits of what we as a family have decided we are willing to afford no matter how nice the city is or how clean the air is. 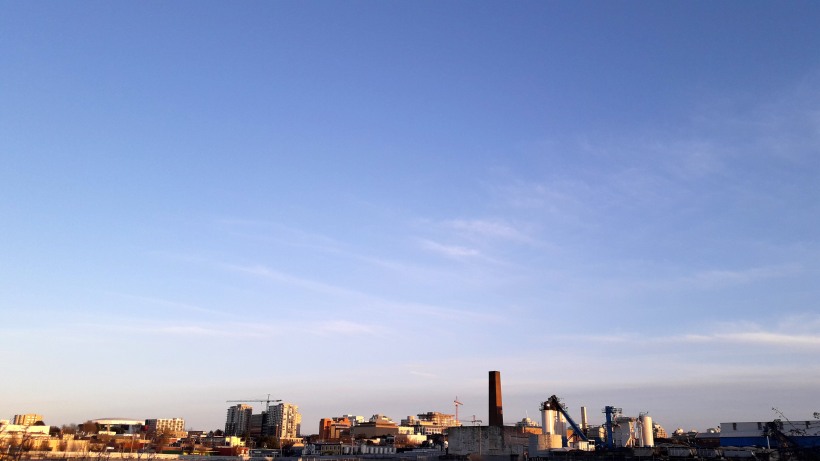 My intention is not to complain about how expensive Victoria is. I think Victoria is great. Rather, my point is that my sense of being disproportionately wealthy in Thailand all but disappeared and was replaced with a sense of scarcity that I have not known since graduating college under a mountain of debt ten years ago. I feel cheap going into restaurants with Groupons or sitting in a coffee shop for more than an hour without buying another $3.00 coffee. I notice other patrons are dressed in three layers of Patagonia and somehow not working for most of the morning. That is all fine, but it makes me feel poor, which is also fine. I do not mind feeling poor. In fact, I think that is one of the ways we return to frugality and resourcefulness. I should clarify that feeling poor is different from living at or below the poverty line without choice or mobility. While we try to keep our expenses close to that line, we get to do so by choice and have a comfortable safety net as a result.

I am not so concerned with being labeled one way or the other. It is the contrast here that matters to me. Going from feeling rich to feeling poor almost instantly drew out a new awareness that is typically elusive when our perception of enough shifts gradually over time. I realized that the discomfort that comes from feeling poor is almost exactly the same as the discomfort that comes from being rich. The two play out differently: Feeling poor leading to increased frugality and a feeling of inferiority to those who have more, -or- feeling rich leading to a sense that you should somehow be investing wisely and some sense that after all the luxuries have been afforded this wealth was never the answer in the first place. This discomfort is what I am interested in. I am starting to believe that this discomfort is a symptom of a system that is fundamentally interested in stratifying populations then dangling the carrot of “enough” in front of each layer of society to make us scrap for a little taste of what those who have more than us are so obviously enjoying; at least according to the commercials.

Being exposed to both ends of the wealth spectrum – relatively speaking – is showing me that there is so much abundance in the world, but it is being divided in ways that diminish the ability for resources to deliver the greatest good to the greatest number of people. The math seems pretty obvious here, but how to redistribute resources will always be divisive and contentious. Here is what I can be sure of: sharing resources always feels good when it is done within the context of community, when you get to see the receiver benefit from your gift. However, our communities tend to become stratified so we may buy some Girl Scout cookies when the same $5 could’ve paid for 5 measles vaccinations with the potential to save lives of those living outside our community. For a deeper dive in these ideas, I recommend The Most Good You Can Do by Peter Singer.

Perhaps the deeper question here is, who is a part of our community? Rachel and I have had the luxury of moving pretty fluidly between diverse communities and strata of wealth and it has completely changed our relationship to money and defining how much is enough. Perhaps one of the best ways to open up our ideas about who is a part of our community is to pursue friendships and meaningful interaction with folks that have way more and way less than us. At least there, we find the tension of disconnect between classes. I hope to continue to develop actions for what to do next, but for now, perhaps just being aware of the tension is a good start.

In the interest of creating constructive dialog, we are open to ideas, sources, suggestions or encouragements on the best ways to reconcile the apparent disparities of wealth we are witnessing. Please feel free to share below.

There was an error retrieving images from Instagram. An attempt will be remade in a few minutes.